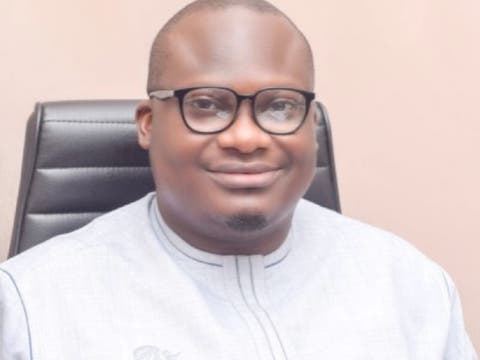 The Lagos State Waste Management Authority (LAWMA) has been enmeshed in a controversy lately over alleged non-payment of wages to highway sweepers. In a chat with newsmen in Lagos during the week, the acting Managing Director of the agency, Mr. Ibrahim Odumboni, offered explanations and clarified other issues. Excerpts by Demola Ojo

Not many knew you until the recent reports of protest against LAWMA by some highway sweepers claiming to be owed arrears of salaries. For the benefit of readers, can you briefly tell us who is Ibrahim Adejuwon Odumboni?

Answer: Well, let me begin by thanking Governor Babajide Sanwo-Olu for giving me the opportunity to serve. To answer your question directly, my training was in financial services management. I attended institutions both in Nigeria and the United Kingdom. Before I was appointed as acting Managing Director last month by Mr. Governor, I was serving as the Executive Director of the Lagos State Waste Management Authority (LAWMA). Before then, I had worked with some of the top financial institutions in the U.K including Lloyds Banking Group, HSBC and till date, I continue to cherish those exposures because they provided me a platform to broaden and deepen my hands-on experience at the managerial level. For instance, between 2014 and 2015, the team I led at Halifax Bank was able to grow its baseline revenue performance and over-double that of the preceding year and sustained it. And between 2016 and 2017 came another opportunity to help reform wealth management team synergies with retail banking outlets across the entire West of England & Wales in Lloyds Community Bank & Halifax Community Bank. For me, those experiences were unique because I believe they prepared one for greater responsibility in life.

On allegation that sweepers that they were being owed six-month arrear of salaries.More in Home

That is not entirely true. Let us just dismiss that as fake news or exaggerated story. LAWMA was not owing the highway sweepers and supervisors per se. Our operation is such that we delineate the twenty councils and thirty-seven development areas in Lagos into routes. These routes are in turn contracted out to mangers or contractors if you like. They are the ones who hire the sweepers and the supervisors directly. Our own role is to pay them and carry out oversight to ensure services we pay for are rendered. In this particular instance, what happened was that reports reaching us indicated that the contractors were not meeting their obligations to those they hired.

Aside that, at our end, we discovered that the bills being submitted by the contractors were shooting up as the months rolled by. I think Mr. Governor was not happy with the situation. I was asked to take over in May. By the time I took over, only two months were being owed the contractors contrary to the stories being peddled around that the government was owing six months or so. As soon as I assumed office, Mr. Governor came to our aid and approved money to clear one of the months pending. We need to appreciate that government operates a budget. So, if specific amount was earmarked to pay salaries for a period of time and it turned out that the figures were unduly overshot, it distorts the budgeting process and creates cash flow problems.

As someone who is committed to judicious use of taxpayers money, Mr. Governor wanted to get to the root of the problem. He wanted to know why the wage bills shot up, to the point that LAWMA was having difficulties offsetting the bills submitted by the highway managers.

On allegation of witch-hunt

That is pure blackmail. Of course, upon my assumption of duties, I knew there was no way we could sustain the situation on ground. As a popular saying goes, it is unreasonable to keep doing things the old way and expect different outcome. You have to understand that Mr. Governor is by training and experience a financial guru. He approved that we carried out a forensic audit, to establish the integrity of the figures being claimed by the contractors. That is the only way we can arrive at something that is sustainable on a monthly basis. Of course, the audit carried out revealed a lot of things. We found out that a good number of the contractors were involved in sharp practices by padding up their bills with ghost sweepers and supervisors. Worse still, they were underpaying them. Some contractors were paying the hardworking sweepers N5000, N12000, N15000, N18500 monthly whilst the state approves N25000 for each sweeper and N40000 for supervisor. That has vindicated Mr. Governor. So, our task is to ensure that an end is put to such misconduct and ensure more judicious utilization of scarce resources.

So, as you can see, it is those who were benefitting from the malpractices that went about sponsoring stories against us in the media to say they were being witch-hunted. They even went to the ridiculous extent of renting crowd to go and lay siege to the Government House in Marina with a view to blackmailing Mr. Governor to stop the audit.

I must commend the auditors for doing a thorough job.

As a matter of fact, when the auditors got to Ikorodu, they found in many areas that sweepers actually working were less than two-third of the those a particular contractor was making claims for monthly. In one particular location, the contractor had to go and hire people and quickly dress up them in LAWMA aprons to make them look like sweepers. But the secret was revealed when the phone numbers put under their names were found to be either non-existent or duplicated. In one case, when the phones assigned to four different persons were dialed for verification, they were found to be ringing in the pocket of one individual. That is the sort of malpractices auditors discovered.

What the auditors also found are cases of hijack of routes with the use of thugs by some elements from those duly assigned by LAWMA. They carried their impunity to such a ridiculous level. It was like a jungle warfare where survival was for the most powerful or the highest number of thugs. We are resolved to put an end to such unwholesome practices.

Overall, I think every right-thinking person knows that Mr. Governor means well by introducing a number of measures. In principle, the highway jobs are meant to be an inclusive programme for poor widows and other unskilled folks so that they too can earn an income. What what going into the private pockets of the unscrupulous contractors would have covered more widows and youths if honestly applied. So, those who have been pocketing money meant to engage the widows and empower those without skills should be seen as public enemy.

As an agency committed to meeting the vision of Mr. Governor for a more hygienic condition in Lagos, we will not be distracted by such campaign of lies and blackmail. Rather, we will focus on doing our job. Some of us are guided by our conscience and will never do anything that conflicts with our high moral values.

Well, it is beneath me to start exchanging words with Madam Wuraola Williams in the public. With due respect to her, she is only one of the several highway managers engaged by LAWMA. There is nothing personal about the audit LAWMA carried out. It was to establish the integrity of bills LAWMA was paying. We are comforted that the audit has been able to establish some basic facts which formed the basis for some actions we have since taken to ensure that we get value for taxpayers’ money.

By the way, it might interest you to hear that one of the young men hired to publish false and wicked stories against what we are doing has since come forward to apologize. I am talking of the guy who was said to be an asthmatic patient. He was not only induced to post videos on the social media maligning me, he went as far as granting interview to a newspaper to cast us in bad lights.

God Knows I don’t know him from Adams. I was then a little surprised few days ago when my secretary announced that this same young man was in our office and wanted to see me. I did not hesitate before telling the secretary to allow him access. Apparently, his conscience had pricked him for all he was made to do against me. He was one of those who had said LAWMA was owing backlog of salaries. He came to confess that he was engaged by one of the contractors to lie against me, in order to intimidate and blackmail me into doing their bidding.

He said he realized that it was not even fair to blame me for the two months they were truly being owed since I only just assumed duties in May.

As a Muslim, I told him right there that I bore no grudge against him and had forgiven him for every thing. At the end of our conversation, I only invited him to join us to make LAWMA work better in order to justify the confidence reposed in us by Mr. Governor and, by extension, serve Lagos taxpayers who fulfill their civic obligations to the government.

On new uniform for LAWMA

Not at all. As a matter of fact, that is only one of the series of reforms we are planning to implement to reposition LAWMA for better service delivery. When LAWMA started, the uniform was green overall. In my own view, I consider the LAWMA orange colour overall donated to us over the years by Sterling Bank Plc the most appropriate for the sweepers in all weather conditions. We believe the short sleeve uniform now abolished is less appropriate most especially for health reasons as it doesn’t keep them warm.

Also, we want to end a situation whereby the LAWMA apron is abused by miscreants or unauthorized persons who wear them to carry out illegalities.

Part of the reforms we are introducing is to ensure that henceforth, the wearer will have their names embroidered on the uniform for easy identification. This will help ensure more discipline. Members of the public are encouraged to report anyone found to be engaging in misconduct to our hotlines for investigation and possible sanction.

That is part of the new culture we are seeking to bring on board towards achieving the target given to us by Mr. Governor.

To address some of the anomalies discovered through the forensic audit, we have decided to introduce biometrics to ensure the incidence of ghost workers is effectively a thing of the past.

With the support of Mr. Governor, we will ensure that the impact of LAWMA is also felt in other equally critical sectors like the management of marine waste, ensuring better sanitation in our markets, public transportation, clearing of silt and disuse tyres from our roads.

LAWMA was not set up by the government only to oversee highway sweepers as being projected lately. Our core mandate also extends to the sectors I just mentioned. We are reviewing the current operations architecture to ensure that these critical areas receive equal attention to achieve Mr. Governor’s vision of a more robust and sustainable environment for Lagos

Impressive Returns on Investment, as Shareholders Applaud Bank’s Support in Fight against COVID-19

In recent times, one issue that has dominated the centre stage of the Nigerian maritime industry is that of the