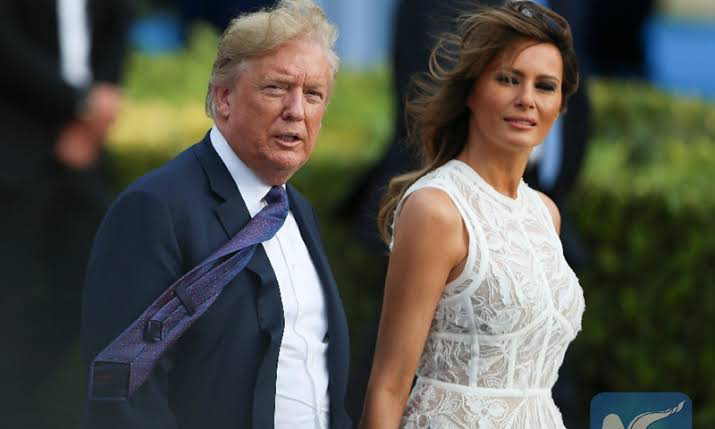 The President of the united states, Donald Trump has made history as the first President to be impeached twice in America, this is of course not a good record to be proud of.
He was first impeached in 2020 but was saved, and this time around, He has been impeached again, who knows if he will be saved again? Because even his party members were part of those who voted for his impeachment. 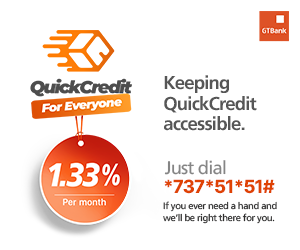 Surprisingly, everything happening in the political situation of the United states can be seen as the fulfilment of Gods word from the mouth of one of his vessels, Primate Elijah Ayodele.
Among other accurate prophecies, the popular man of God has said so many things about the last days of Donald Trump. The latest one happened seven days ago, the man of God made it known that God has rejected the administration of Donald Trump and no matter what, He will leave Government in shame.

These were his words
‘“God wants to push Donald Trump out of government. No matter what he does to cause destruction in America and the world, God has rejected Trump. He will go in shame, this is the word of the Lord’’ (Culled from Daily post)
With the impeachment yesterday, the many bans placed on him by social media pages, has this prophecy not been fulfilled already?
READ  NAOSRE Security Discourse: Ned Nwoko Sues For Adequate Funding For Personnel, Partners Health Ministry To Tackle Malaria

When prophecies are made, they are meant to warn, and call on the persons involved to pray and be watchful.
In some cases, it is possible to upturn some prophecies through prayers and caution, but when the persons involves don’t pay attention, it always turn out bad.
One of the prophetic voices in Nigeria at the moment is Primate Elijah Ayodele, the leader of INRI Evangelical spiritual church. He has been popular for making prophecies that always come to pass. Primate Ayodele officially releases prophecies two times in a year; During the release of his annual book of Prophecy titled Warning to the nations, and in December of every year for what will happen in the new year. Apart from this two times, He also gives periodic prophecies about individuals, politicians, elections, as God reveals to him.
Some of the prophecies primate Ayodele released in December 2020 about things that will happen in this year have come to pass, also those in his annual book of prophecy (2020/2021 Edition).
Some of them have been published already, below are some of the newly fulfilled ones:
–          Death Of Emir And House Of Rep Member: Few days ago, Primate Ayodele  was in the news when he prophesied that He foresees the death of an Emir, House Of Representative and House of assembly member, and that only prayers can avert it. Just as he said, An emir died day before yesterday, and today, the representative of Gwaram Federal constituency was pronounced dead.
–          Death Of Nollywood Actor : In his prophecy for 2021, Primate Ayodele revealed that he foresees mourning in the nollywood industry. We can all agree that since the year began, lots of actor and actresses have died, and the latest one is Sadiq Daba who died yesterday
–          Fire In Airport : In his book, Warning to the nations, Primate Ayodele said we need to pray against fire outbreak in any of our airports. Yesterday, news broke out that there was fire incident at Muritala Muhammed international airport.
–          Ghana Election Petition: Primate Ayodele had revealed in a prophecy that the incumbent president, Nana Akufo Addo will win the supreme court case that was held today in Ghana. True to his words, it came to pass as he said them
READ  2023: How To Make APC Stronger And More Popular In The South-East ~Chinedu Jideofo-Ogbuagu

The leader of INRI Evangelical spiritual church, Primate Elijah Ayodele’s Prophecies about the outcome of the Ghana election petition has come to pass.
Although the election held in 2020 and the candidate of the NPP, Nana Akufo-Addo was declared as winner of the election but until now, the victory had not been confirmed because the opposition, John Mahama, the candidate of the NDC had gone to the supreme court to seek annulment of the election.
Just few moments ago, the supreme court dismissed the cases laid against the electoral commission, and affirmed the victory of Nana Akufo-Addo after many months of battling.
This is a confirmation of the prophecy of Primate Ayodele who had said long before the election took place that the only way John Mahama can unsit Nana Akufo-Addo is by focusing and working on the upper volta and Northern region of the country, or else, he will lose gallantly.
The man of God also said that he foresees serious issues that has to do with court cases after the election.
These were his words
‘If John Mahama wants to win, he should work on Northern region and Volta region. He has not done what he is supposed to do, If election happens today, without mincing words, Nana Akufo Addo will defeat him
With the way John Mahama is approaching the campaign is wrong, he needs to work hard to get his victory.
I foresee that there will be violence in Ghana election, and court challenges after the election’’
True to his words, John Mahama didn’t win in those areas the man of God mentioned, and He lost the election.
On the second part that talked about Court Cases, shortly after the election, the court cases prophecy started coming to pass with several allegation and petitions written by the NDC and the electoral commission.
Again, the man of God revealed when the case began that there is nothing that can unsit Nana Akufo-Addo from the seat of the Presidency, and that he will win the supreme court case.
These were his words
‘‘It will be difficult to remove Nana except there is strong evidence provided against him by John Mahama, Nothing can be done to unseat him, He will be victorious in the supreme court’.
Just as he said it, the supreme court has today upheld the election of Nana Akufo Addo
READ  Primate Ayodele Kicks-off Annual Humanitarian Activities With Visitation To Schools

The leader of INRI Evangelical spiritual church, Primate Elijah Ayodele has been honoured for his Humanitarian activities.
During a live service yesterday, the popular man of God was given an award by Ejigbo LCDA for constructing road, and his many philanthropic activities in the local government.

The presentation was done by the LCDA Chairman, Hon. Monsuru Obe, CDA Chairman, Barrister Olajolo, and The APC Secretary in the Local government.
Primate Ayodele was described as a selfless personality who puts the people before himself in all he does.
Q
This award presentation is also coming after He gave out two cars, empowered widows, youths, made donations to schools during his annual thanksgiving ceremony held on February 14, 2021