Leader and Founder of INRI Evangelical Ministries, Oke Afa, Isolo, Lagos Nigeria, Prophet Primate Elijah Ayodele is a known man. He has been in the Ministry for decades.
The Prophet who celebrated his 60th birthday on Sunday February 14th, 2021, has consistently been in the prophetic ministry as long as most of us can remember him.
I met him for the first time in 2017 at his Isolo INRI Evangelical Church Headquarters for an interview which he openly granted and since then, the relationship have been cordial.
But in my curiosity to know more about him, I typed his name on Google search and I discovered that, in almost every 24 hours, there will be a story headline about Primate Ayodele.
Another very notable discovery I noticed about him was that, about 99.9 percent of those stories were scandal free. A feat which to many Nigerian Pastors is a tall dream.
So, to many who have been wondering why journalists won’t stop writing about Primate Ayodele, here are 12 reasons why I think he is consistently being featured on news items…
(1) Primate Ayodele Is Very Controversial.
Yes! He is controversial and you know any journalists who has eye and nose for news will always lookout for controversial stories. He utters statements that always generates controversy mostly through his Prophecies. And when journalists probed him about such statements, he will always given them an answer. One of his very notable replies is, “God’s ways are misery.”
(2) He Picks His Calls Whenever And However.
Journalists can be so frustrated when their interview or story prospect refuses to pick his or her calls. Or in most cases make their Personal Assistants the custodian of their handsets. But in the case of Primate Ayodele, he picks his lines himself. He gives his direct mobile number to any journalist who desired to have it. In fact, since 2017 that I met him, he has not changed his line for once for any reason.
(3) He Is A Philanthropist, A Giver.

If you are a journalist and you have not met Primate Ayodele, you need to meet him as soon as possible. His is not flamboyantly rich but, he is okay by all standards. Primate gives as if he has no one to ask him “Daddy why?” His given has no limit. Thrice a year, he organizes giveaways in his Church with thousands of people receiving one gift item or the other.
(4) He Is A Community Builder.
I was at the Primate Ayodele Close at Oke Alfa recently and I noticed a massive transformation of the street that housed his Church. Road construction, street light building, clean and serene environment were all parts of the hallmark transformation that distinguished the man of God. He has started the interlocking of all the roads around that surrounds the swapy Close.
(5) He Is Still Very And Always Active.

At 60 years old, Primate Ayodele looks younger than his age. He can move faster than someone half his age. At a recent function, he stood for more than 5 hours attending to issues, spearheading a program inside a scorching sun yet, didn’t show any sign of tiredness.
(6) His Prophecies Are Always Accurate.

This might sound a little bit controversial but, that is the truth. He is also controversial as well so, I have no issues with this point.
Every year ending, Primate Ayodele will invite about 100 journalists in Prints, Broadcasts and Online to witness an unveiling of one of his books; ‘Warnings To The Nations’. In this book, prophecies of some of the things to happen in the new year will be succinctly revealed there. He has been doing this exercise for decades.
And in year 2020, he released a compendium of 10,000 and more fulfilled prophecies spanning from year 1994 – 2020.
In the book, references were made to where he made the pronunciations, the medium that reported them, time and dates of the reports and when the prophecies came to pass. You can also very these claims yourself.
(7) He Is Not A Religious Bigot.
Unlike some other ‘men of God’, Primate Ayodele harbors all religions. During his quarterly philanthropic gestures, he will give to as many that is in need, no matter your religion or beliefs. His charitable works has no religious inclinations.
(8) He Is Very Friendly. 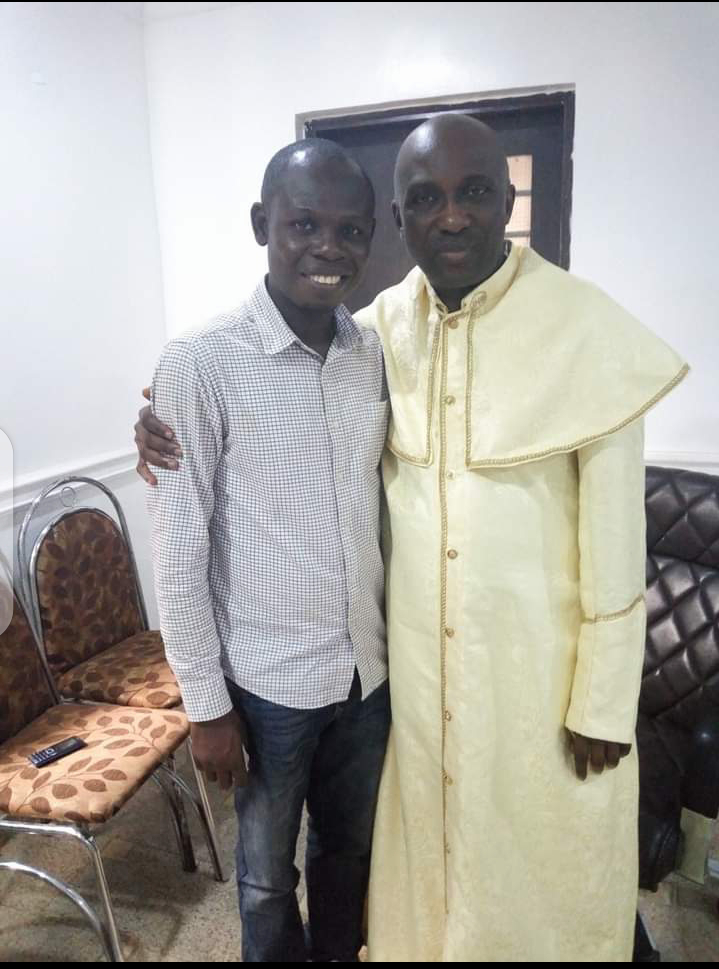 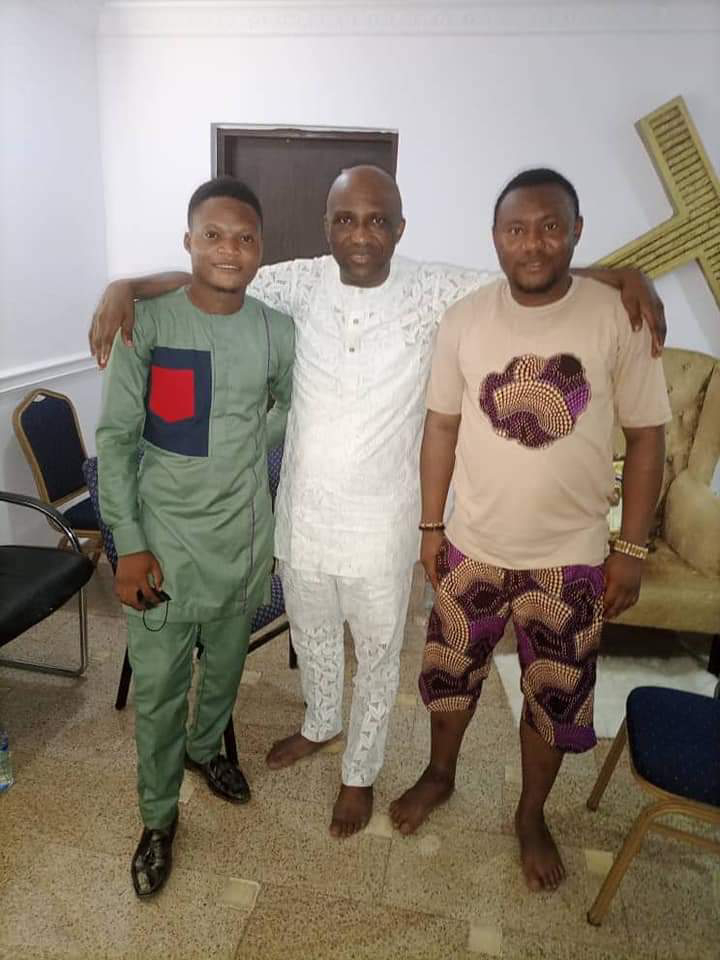 Have you tried to take pictures with a Mission’s General Overseer before? Your guess is as good as mine. Touching them is abominable, you don’t move too close for ‘security’ reasons. But that is not the case with Primate Ayodele. Go to him, tell him you want to take pictures with him and he will gladly oblige you. He doesn’t harbor security details who won’t allow you see him or will hinder your every move at moving close to him.
(9) Young At Heart And Active. He Always Discusses Current Issues.
This is another very important aspect that makes journalists to love writing and quoting him. He’s current about happenings in his environ and the world at large. He is not the kind of G.O you will ask a question and he will ask you same question just because he’s hearing it for the first time from you. Primate Ayodele will even call your attention to a happening story that you can work on as a journalist. I think, if he wasn’t called by God, he would have ended up being a Journalist!
(10) He Is Scandal Free.
You are free to challenge me on this. Primate Ayodele is ‘scandal free’. Let us take a challenge; type ‘Primate Ayodele’s scandals’ on Google and see the results. I’m not calling him a ‘saint’ because Bible says ‘Only Jesus is dit to be a saint’; but no faults have been found about him since his ministry started. This can’t be said about many ‘men of God’ in his age.
(11) He Is Very Discreet.
One thing I have always noticed him is that, he does not parade his wife unlike other pastors.
I sincerely appreciate the pastors parading their wives or family before the altar of God, and I don’t go against that. But I cherished the way Primate Ayodele keeps his privacy.
Her wife is not kept off public eye. She is a prophetess and pastor, and she is very pretty. So, there is no reason to keep her from the public but like I said, I cherished the way he keeps his privacy a lot. Her wife still gives him total support in his ministry and home anyways.
12) He Is A Sure ‘Palliative Source’. 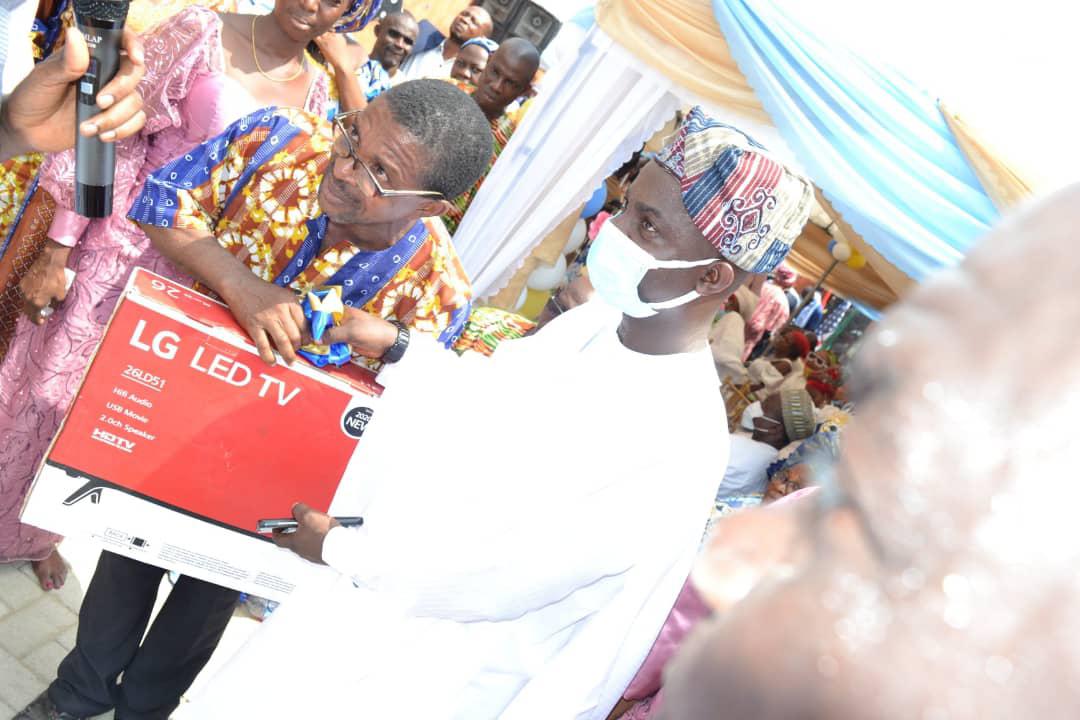 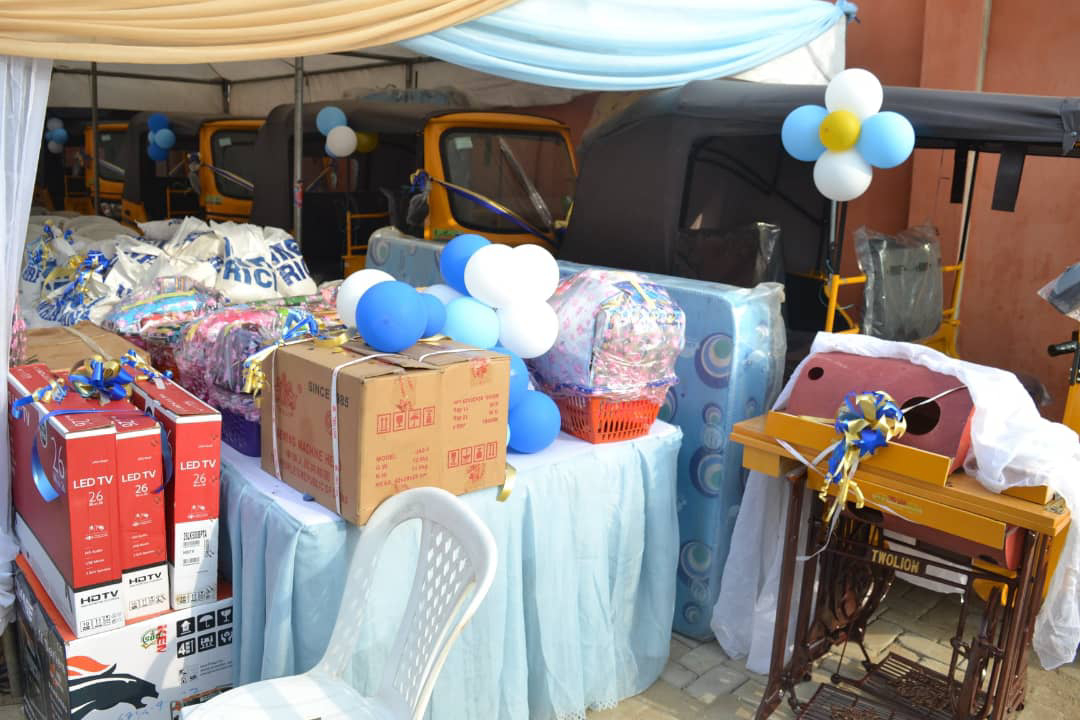 Yes! Palliative source. Throughout the pandemic of 2020, Primate Ayodele was there not only for journalist but everyone around him. He gives. He has been given and he continues to give. Threw times last year, he gathered journalists in a press conference and blessed them monetarily and also prayed for them. In his little way, he never allowed some journalists who are close to him to feel the pandemic period.
So, if you have been reading stories almost everyday or many times within a week about Primate Ayodele, now you have seen reasons.
READ  NAOSRE Congratulates General Buratai On African Stewardship 2020 Man Of The Year Award

Level 13 EFCC Officer Equivalent To ACPolice? Drama As Lawyer Drags Senate To Court Over Confirmation Of Bawa As EFCC Boss

The leader of INRI Evangelical spiritual church, Primate Elijah Ayodele has been honoured for his Humanitarian activities.
During a live service yesterday, the popular man of God was given an award by Ejigbo LCDA for constructing road, and his many philanthropic activities in the local government.

The presentation was done by the LCDA Chairman, Hon. Monsuru Obe, CDA Chairman, Barrister Olajolo, and The APC Secretary in the Local government.
Primate Ayodele was described as a selfless personality who puts the people before himself in all he does.
Q
This award presentation is also coming after He gave out two cars, empowered widows, youths, made donations to schools during his annual thanksgiving ceremony held on February 14, 2021

The leader of INRI Evangelical spiritual church, Primate Elijah Ayodele has revealed one of the strong supporters of his ministry right from time.
The man of God, who is known for saying the truth always without mincing words revealed that the Popular CEO of Sifax groups, Taiwo Afolabi has been the one.
He made it known that The billionaire businessman has been a very great kingdom financier for many years, and He has been a very good listener.
Primate Ayodele explained that He is always left in shock at the way He supports God’s work despite the fact that he also own a church.
Also, He made it known that Taiwo Afolabi was a major helper in the building of his 18,000 capacity church in Lagos.
During one of Primate’s humanitarian programme, the billionaire businessman was quoted saying He loves the Prophecy style of Primate Ayodele and his Humanitarian activities.
Furthermore, Primate Ayodele prayed that God should keep on blessing him, and expand his business
READ  Nigeria@60 : Primate Ayodele Issues Strong Warnings To President Buhari

‘Give Us This Day’: Dr. Chris Okafor Unveils Daily Devotional

As the months of February ends today 28th 2021, The Senior Pastor of Grace Nation aka Liberation City, Dr Chris okafor has given his prophecy for the Month of March at the thanksgiving service for the outgoing month of February at the International Headquarters of the Church located at Liberation city close, oshofisan street, off Edozie by Ereke Bus Stop Ojodu Berger Lagos Nigeria.
The Generational Prophet of God has he is fondly called by Nigerians said God revealed to him that the month of March will witness sudden visitation because God will open many womb for a divine turn around.
The clergy said in as much as you are dedicated to the things of God, you shall surely experience divine visitation that will transform your life permanently, he stated further that in the month of march every genuine request will be guaranteed through sudden visitation he remarked.
Meanwhile the church, Grace Nation has officially unveils its daily devotional prayer book tittle “GIVE US THIS DAY”, the maiden edition for the month of march was officially presented to members free of charge as a means to guide them for the daily prayers session.
Over 1000 widows today benefited in the monthly widows food materials empowerment, the man of God said, one of the responsibility of the church is to continually support the less privilege among his members and other widows in the immediate community of the church, the widow go home with a bag of rice and other soup ingredients.
It will be recalled that Dr Chris okafor humanity foundation in year 2021 has also pay scholarship fee for over 2000 students in various schools, higher institutions across the globe.
READ  NAOSRE Congratulates General Buratai On African Stewardship 2020 Man Of The Year Award